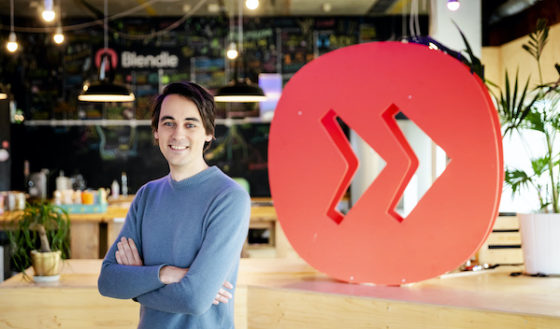 Dutch digital news aggregator Blendle is acquired by its French counterpart Cafeyn for an undisclosed amount.

Blendle was launched in 2014 as an online news platform that collected articles from various newspapers and magazines and sold them on a pay-per-article basis. Last year, the company switched to a subscription service offering readers pre-selected article suggestions and magazine access for € 10 per month.

Blendle, which operates in the Netherlands, Germany and the United States, currently has some 50,000 paid subscribers and 30,000 trial members, but has never made a profit, recording a loss of € 3 million in 2018.

“We are good at technology but less good at business,” founder and managing director Alexander Klopping, who owns 25% of the shares, told Volkskrant in an interview.

Blendle has attracted considerable outside investment since its inception. In 2018, investors, BookSpot, a unit of Novamedia and Danish entrepreneur Morten Strunge invested a total of € 4 million in the company.

The New York Times and the German Axel Springer (Bild, Die Welt) invested € 3 million in 2015 while in 2017 the Japanese Nikkei, owner of the Financial Times, and the Amsterdam investment club Inkef invested an undisclosed amount in the company.

Blendle will be fully integrated into Cafeyn and the combined group will have 2,500 newspapers and magazines in its stable. Klopping, 33, will step down as CEO but will remain on the board.

Thank you for donating to DutchNews.nl

The DutchNews.nl team would like to thank all the generous readers who have donated in recent weeks. Your financial support has helped us expand our coverage of the coronavirus crisis evenings and weekends and keep you up to date with the latest developments.

DutchNews.nl has been free for 14 years, but without the financial support of our readers we would not be able to provide you with fair and accurate news and features on everything Dutch. Your contributions make this possible.

If you haven’t made a donation yet, but want to do so, you can do this via Ideal, credit card or Paypal.